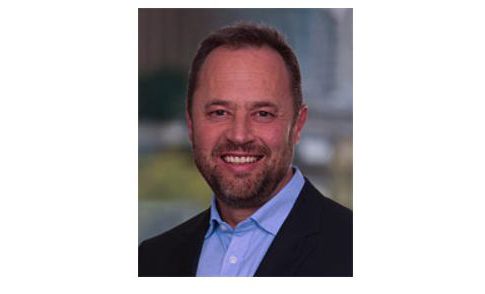 Last year was a relatively difficult year for investors in Africa, with considerable uncertainty. Pandemic impacts had a limiting effect on numerous sectors and many deals had to be postponed as a result. The boost in M&A deal value in 2021 is, in part, due to a post-COVID boom, where last year’s postponed and delayed transactions were able to proceed in the first half of 2021. The African Continental Free Trade Area (AfCFTA) has also led to increasing investor interest in SSA as new markets open and cross border transactions become more streamlined and efficient. Further, China’s ongoing interest in Africa, a commitment from the European Union to strengthen partnerships with Africa, the United Kingdom’s new trade agreements with numerous African jurisdictions, and a renewed Africa focus from the United States under President Biden, have all contributed to improved investor sentiment across the region.

The pandemic impacted all aspects of the materials sector, including the minerals and mining industry, which saw disruption to all parts of the mining value chain. However, the increase in commodity prices, rising demand as a result of supply issues caused by pandemic bottlenecks, as well as the growing reliance on certain metals used in green products, have all contributed to good growth in the sector in H1 2021. Overall, the industry appears to have proven resilient to COVID-19, with many mining houses back in full production quicker than expected. The sector’s already strong commitment to Environmental Social and Governance (ESG) also appears to have been reinforced, most notably by ongoing environmental concerns and the social challenges experienced by employees and surrounding communities during the pandemic.

Following the establishment of AfCFTA on 1 January 2021, financial institutions in SSA have an important role to play in facilitating trade between the multitude of diversified economies with different financial systems. The financial sector is leading the way in developing new technologies, such as artificial intelligence systems, advanced analytics and digital trade finance platforms, that will assist new financial processes and facilitate demand for capital, allowing market participants to be able to capitalise on the opportunities that AfCFTA will bring. This increased demand for new financial products and services has led to an increase in investment in the financial sector in SSA in the first six months of the year, with a corresponding increase in the volume of both inbound and outbound technology deals.

African consumers have shown a growing reliance on technology across multiple platforms, even well before the pandemic struck. The growth of the continent’s digital economy has naturally been accelerated by the pandemic and this unabated demand for technology has caused extensive cross-sector disruption, with the financial, energy, transport, retail, health and agricultural sectors all seeking opportunities to expand their tech infrastructure in order to acquire the necessary skills and innovation needed to keep up with demand. Fintech is also a popular tech sector for investment in Africa and specifically in South Africa, Kenya and Nigeria. There were nine inbound M&A transactions in the technology sector in the first half of this year and 13 outbound deals (up 160% from five outbound M&A deals in H1 2020). This rise in outbound M&A is the result of African tech companies’ continued targeting of offshore investments in companies that will deepen their access to new technologies, markets and talent.

Further, the demand for power is spurring on investment in the energy sector. Access to power in Africa has been hampered by the lack of access to competitive funding, the dire state of the continent’s utilities infrastructure and the need for energy policy and legislation to be adapted so that it can boost investment in the sector. Africa has a role to play in innovating smart power solutions for a post-COVID-19 world and ensuring a sustainable and diversified energy mix. The combination of the rise of cost-effective renewable energy, the decentralisation of energy production, and improvements in energy storage, smart metering and other digital technology have the potential to revolutionize the way power is generated and consumed. In Africa, the most noticeable trend has been the transition towards decentralised power solutions and solar home systems from being a niche sector dominated by NGOs, to being considered a mainstream investment focus by the big players.

The healthcare sector did not see any deals in the first half of this year, with many investors taking time to assess the impact of the pandemic. However, expanding access to quality healthcare services and increasing domestic pharmaceutical manufacturing capacity will continue to dominate Africa’s healthcare sector development agenda, and investment can be expected to follow in support of these objectives. Clearly, COVID-19 caused a massive spike in the already increasing demand for affordable healthcare in SSA. Technology-focused healthcare delivery models, which allow for easier access to medical advice and care, especially in Africa’s rural areas, had already begun easing the constraints of the traditional delivery model and driving further investment in digital healthcare across Africa before the pandemic hit. M&A investors in this sector usually show long term commitment, understanding of individual markets and strong partnerships with local stakeholders and governments with the aim of improving access to public healthcare.

After Brexit, big African investors in the United Kingdom and jurisdictions in the European Union will continue to target African sectors, hoping to capitalise on new economic partnership agreements and the launch of free trade in the region. US investors will also continue to be strong M&A players in key African jurisdictions, with a Biden administration expected to further encourage investment and trade between the US and the continent. China’s increasing M&A activity in SSA is primarily due to the jurisdiction’s growing demand for high-grade natural resources, from gold and oil to copper and cobalt, needed to meet its growing industrial needs. China also has one of the strongest infrastructure construction abilities in the world and is well placed to help Africa to address its vast infrastructure gap.

No matter where investors are from or what sectors they operate in, ESG has become one of the hottest topics for businesses, their boards, their customers and their employees. While in previous years, some viewed the inclusion of ESG elements to be at the expense of returns and efficiency, among other things, this has rightly shifted to viewing ESG strategy as a prerequisite to business success, and we expect it will become an essential element of M&A investment in Africa going forward.

Hisense “Made in South Africa” Products Debut on the European Market