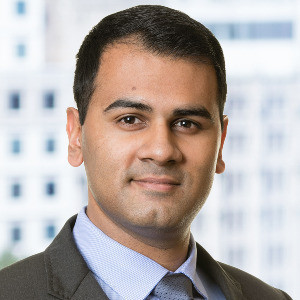 South Africa is an African fintech frontrunner, with several recent regulatory developments taking centre stage as the country prepares to fully adopt fintech and its various sub-segments. South Africa also has specific compliance and due diligence issues that must be addressed before and during fintech transactions.

South Africa has taken a coordinated approach to fintech across its regulators, first creating the Intergovernmental Fintech Working Group or IFWG, a consortium of the key financial regulators. This consortium includes the South African Reserve Bank, which also doubles up as the prudential authority and monetary systems regulator, the Financial Sector Conduct Authority (FSCA), the Financial Intelligence Centre and the country’s credit regulator. This group has engaged in public-private participatory discussions and the production of position papers to settle on the policies to advise the drafting of regulations.

Much of the focus of the IFWG has been the regulation of crypto assets, with anti-money laundering and South African exchange control being the primary focus areas. In short, South Africa is likely to adopt the approach of including crypto asset service providers within the remit of regulated financial service providers and accountable institutions in respect of Know your Customer (KYC), and also become more stringent on the cross-border flows of value enabled by crypto assets.

In the wider fintech arena, South African regulators have focused on the payments regulation environment, given the size of this sub-segment and because it has been due for a significant overhaul for some time as part of the central bank’s Vision 2025 programme. Vision 2025, commissioned in 2000, sets out the goals and strategies for the national payments industry, aimed at building a world-class national payment system that serves the economy and the people of South Africa.

Most recently, the South African Reserve Bank announced that it was working on a new Rapid Payments Programme (RPP). The RPP is aimed at modernising real-time payments such as immediate credit push, pay by proxy and request to pay functionality in the national payment system. When fully implemented, the SARB has stated that the RPP will offer a cost effective instant payment service across banks, a proxy service to embed user banking details, a request to pay service, as well as support for several known retail payment use cases. The SARB noted that it is working with several bank participants to build the technology solution that forms the backbone of the RPP solution. It is currently in the testing phase with its implementation planned for the second half of 2022.

The most prominent issue we still encounter during fintech deals in South Africa is the housing of the intellectual property (IP) in South African corporate startups. South Africa is subject to an exchange control regime, whereby any transfer of intellectual property offshore from residents requires Reserve Bank approval. As a result, many fintechs have either structured around this with IP sitting in offshore vehicles, or have not, which then separately raises concerns with many VC investors on global expansion. Either way, IP presents a specific deal structuring and diligence issue which must be looked at carefully in the South African context.

A more obvious deal issue is that most fintechs are Founder-owned and run startups with lean capital outlay, particularly for legal compliance. Nonetheless, the dramatic difference in round sizes from average seed capital to huge Series A or B rounds means that these companies suddenly are  considered to be mid-sized business in the country. The financial industry in South Africa is heavily regulated with robust, and active regulators, and regulatory compliance for mid to large institutions is essential. Noting that these sudden injections of capital should come with legal and regulatory investment is a must. Further, assessing the extent of this at due diligence stage is key to ensuring that the post-investment deployment of capital is geared towards closing these compliance gaps quickly.

Founder engagement is also important. We’ve seen that Founder reliance is quite heavy in African fintech’s generally, with centralization of both control and business value sitting with a few individuals and not institutionalized across fintech targets. This means that relationship building ahead of investments with Founders and key team individuals is crucial, as well as appropriate commitments and alignment of post-acquisition goals. Often Founders will expect investors to go along for the journey, so to speak, which may include future goals that are attractive to investors together with those that are not. Often, these goals include outside of Africa expansion, which may not necessarily align with investor goals. Reading data room slide decks on business growth and objectives should be treated as a source for issue spotting, alongside current arrangements and agreements.

Whatever the challenges, fintech is guaranteed to be part and parcel of South Africa’s financial systems in future, as the country gears up to be able to implement financial technology in a way that benefits both the economy and its citizens.

Are Data Centers in East Africa Ready for Digital Demands?

How should Nigeria regulate its fintech industry?

Load more
We use cookies to ensure that we give you the best experience on our website. If you continue to use this site we will assume that you are happy with it.OkPrivacy policy