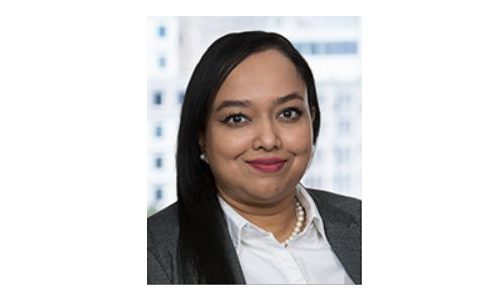 The African Continental Free Trade Area (AfCFTA) agreement is gathering momentum on streamlining intra-African trade across the continent, thereby providing exciting opportunities for pandemic recovery and growth. Just over a year ago, on 1 January 2021, trading began in African countries that had ratified the African Continental Free Trade Area (AfCFTA) agreement and submitted their tariff offers. All countries in Africa, except for Eritrea, have now signed the agreement and 39 countries have ratified it so far, including most of Africa’s major economies (South Africa, Kenya, Nigeria and Ghana, for example). AfCFTA Secretary-General Wamkele Mene said recently that the negotiations on the rules of origin had been completed and 87.7% of the rules agreed. He said AfCFTA member states would now gazette these legal instruments nationally so that the rules of origin could be applied. Further, the Protocol on Dispute Settlement has been operationalized and the negotiation of rules for appointing members of the dispute-settlement body is in progress. The AfCFTA tariff book, which will include rules of origin and the customs procedures that apply to products, will be published imminently. This tariff book will enable traders to identify and apply the correct rules of origin and associated tariffs to each specific product.

A sophisticated pan-African legal and regulatory framework that enables digital trade transactions is also vital for the success of AfCFTA. Phase two of AfCFTA negotiations have begun, which include discussions on competition policy, investment protection and intellectual property rights, as well as deciding on the rules for governing trade on digital platforms. The intention is to conclude these negotiations by the end of 2022. Further, the Pan-African Payment and Settlement System (PAPSS), a platform that facilitates free trading, was launched in January 2022, with the African Export-Import Bank providing liquidity for the settlements and the technology. The AfCFTA secretariat provided the legal framework for the platform, which will be legally tied and anchored to the AfCFTA.

Since the beginning of 2021, AfCFTA negotiations have been taking place via the African Virtual Trade-Diplomacy Platform, allowing parties from across many different timelines to meet in a secure online environment. The physical constraints of doing deals during global lockdowns made the negotiation and due diligence more difficult for all dealmakers, but virtual teleconferencing services have done much to address the logistical challenges and have provided the ability for parties to continue negotiations efficiently. Africa’s new virtual trade platform is a service that has been of great benefit in speeding up negotiations across vast regions, housing many different cultures, languages and legal frameworks. Its use has also laid the foundations for more efficient cross-border negotiations in many other Africa-wide commercial and governmental trade initiatives going forward.

These important developments regarding AfCFTA’s protocols, rules and procedures on trade, simplified customs procedures as well as dispute resolution mechanisms – are all aimed at creating a single legal framework for the continent, making it easier to trade and invest across borders. The ultimate aim is to eliminate tariffs on intra-African trade, reduce unemployment, increase infrastructure development and create a more competitive yet sustainable environment for cross-border trade.

The impact of COVID-19 has provided further impetus for African governments to overhaul national regulation relating to tariffs, bilateral trade, cross-border initiatives as well as capital flows – which will all allow for the full and successful implementation of AfCFTA. Domestic policies will also play a crucial role in alleviating some of the current trade barriers that are not related to tariffs, such as issues around corruption, infrastructure development, onerous regulations, liquidity and security threats. However, even after tariffs are lowered and simplified procedures put in place, the full benefits of AfCFTA may not be realized unless other barriers to intra-regional trade have also been addressed. In light of these challenges, it is expected AfCFTA’s momentum will build gradually, with tangible benefits expected from 2030 onwards.

Hisense “Made in South Africa” Products Debut on the European Market