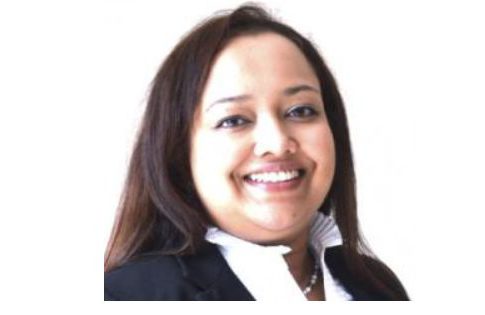 For decades, progress towards the integration of world economies and the establishment of a global economic market has been a feature of the times. Many nations have embraced liberal trade and investment regimes in an effort to expand their economies and exploit global markets. Opening up national markets to foreign competition has resulted in the increased integration of markets for goods, services and foreign direct investment (FDI). Overall, globalisation has contributed to economic growth in Africa, and as the continent gears up for its post-pandemic recovery, many African countries will be looking at ways to align themselves more closely with their major trading partners, so that they can successfully attract foreign investment.

According to recent comments by Patricia de Lille, South Africa’s Minister of Public Works and Infrastructure, the new Expropriation Bill of 2020 (the Bill) brings South Africa in line with international legislative standards on the issue of justice and equity in land ownership. This is intended to provide legal certainty for the country’s major trade and investment partners, as the Bill aligns South Africa with similar global policies on land reform. The new Bill, according to Minister de Lille, was never intended to scare off investors, but rather to assure them that the country is addressing crucial land reform in a similar way to how it has been addressed by its key trading partners.

These statements by Minister de Lille, however, do not align with the general reaction to the Bill when it was first announced. There was much ado about the prospect of “expropriation without compensation” when it was first proposed that the South African Constitution be amended to make it easier to do so in late 2018. To date, property owners still shudder at the use of the phrase, as the fear of answering the door to an eviction notice lingers in the minds of many. However, while the Expropriation Bill of 2020 (the Bill) does allow for expropriation of property against nil compensation, it is far more amicable to South African property rights than is commonly believed.

Importantly, the Bill is not an amendment of the property clause in section 25 of the Constitution. Rather, it gives effect to the clause by serving as the legislation contemplated therein. Its focus is land reform, but under the auspices of due process, reasonableness and agreement. In terms section 2(3) of the Bill, in the absence of urgency, a power to expropriate may not be exercised unless the expropriator has tried unsuccessfully to reach an agreement with the property owner to acquire the property on reasonable terms. In other words, there should always be an agreement between an owner and the expropriator before any property changes hands, and only in exceptional circumstances should it be otherwise.

There are a number of hurdles to expropriation in the Bill. First, the Minister of Public Works and Infrastructure (the Minister) must be satisfied that it is in the public interest to do so, or that it is for a public purpose. Where an organ of state intends to expropriate property, it bears the burden of satisfying the Minister to this effect (Step 1). Next, the expropriator must determine the suitability of the property for its intended purpose (Step 2). This involves investigating and valuing the property, making use of appropriately qualified personnel. Thereafter, the Bill envisages a process of notice and negotiation, whereby the authority must serve a notice of intention to expropriate on the property owner and any other registered right-holders in the property. In effect, the notice must explain the implications of expropriation and the owner’s rights in the process; it must call upon the property owner to make a claim for compensation he/she believes to be just and equitable, and it must inform the owner of her right to object (Step 3).

The authority must consider the compensation claim and any objections, and must either accept the amount claimed or make a counteroffer (Step 4). Should the property owner reject the counteroffer, it then falls into the hands of the authority whether to expropriate, extend negotiations, or abandon the matter (Step 5). If expropriation is to go ahead, a notice of expropriation must be served on the owner and all related right-holders (Step 6), outlining, inter alia, the reason for expropriation, the amount of compensation, and a reminder that if the amount is disputed, the owner may institute – or request the authority to institute – proceedings in a competent court to hear the dispute.

The amount of compensation to be paid to the owner “must be just and equitable reflecting an equitable balance between the public interest and [the owner’s interests]”. The factors to be considered include the property’s market value, current use, and the purpose of the expropriation. Yes, the Bill provides that it may be just and equitable for compensation to be nil, but the factors for consideration in this light are fair. Nil compensation may be possible, all things considered, where: (i) the land is not being used, and the owners purpose for the land is not to develop it in view of generating an income, but rather to benefit from its appreciation; (ii) where the land is state-owned and not being used for its core purposes; (iii) where the owner has abandoned the land; (iv) where the market value of the land is less than the value of state subsidy or investment therein; and (v) where the property poses a health or safety risk for other persons or property. It is clear from this list that a functional property is unlikely to be taken from its owner without due compensation.

In any event, section 21 of the Bill makes provision for all disputes to be referred to mediation, and absent a resolution, it provides for the determination of disputes by a court. Owners can draw peace of mind from this provision, as it not only means an owner has protection against what might be unfair to him/her, but an expropriator would be loath to neglect due application of steps 1–7 for the sake of its own time and resources.

The Bill doesn’t make it easy to expropriate property, nor does it appear to be aimed at expropriation without compensation. It is theoretically possible for expropriation to occur at a nil compensation, but procedural fairness and the right for all disputes to be heard before a court are protections afforded to property owners. The Bill makes it clear how expropriation is likely to play out. It is balanced, recognizing the need for land reform but also the importance of procedural fairness, fair resolution of disputes, consensus between parties and the right to own property. Importantly, the property owner always has a say, as each step in the process needs to be duly heeded by the expropriator, and there is always a right for the matter to be disputed.

Although it has generally not been well received, once it becomes law it is hoped that its intention to bring South Africa in line with global land reform standards will provide more certainty for foreign traders thinking of entering new markets.

Load more
We use cookies to ensure that we give you the best experience on our website. If you continue to use this site we will assume that you are happy with it.OkPrivacy policy