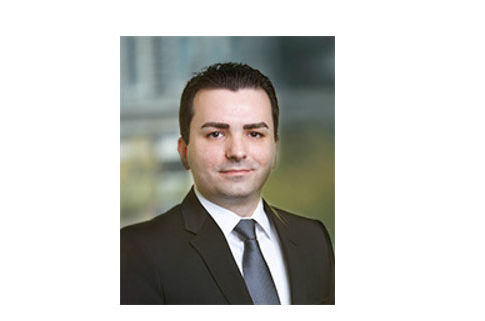 Competition policy continues to be viewed by regulators as a key driver of economic growth globally. Across Africa, competition policy enforcement is increasingly being employed as a tool to boost economic performance and promote the revitalization of trade and industry following the devastating impact of COVID-19. The effects of the pandemic have led to negative economic growth in a number of African jurisdictions, and have given rise to opportunistic, anticompetitive behaviours such as unreasonable price increases and price gouging, coordination amongst competitors, and other unsavoury business practices that erode competition.

Over the past two years, African competition regulators have actively engaged in efforts to address these pandemic-related effects, however, there has also been a general upward trend in competition policy enforcement across the continent. A number of African jurisdictions have strengthened their competition and antitrust regimes by way of amendments to existing legislation, the introduction of new laws and regulations, and renewed fervour and political will to enforce existing laws.

As indicated, almost half of the jurisdictions received a score of five or higher, demonstrating robust enforcement across much of the continent. Additionally, a review of historical scores indicates a year-on-year increase in respect of a number of African jurisdictions, with countries such as Eswatini, Ethiopia and Namibia each ranking higher than the previous year. 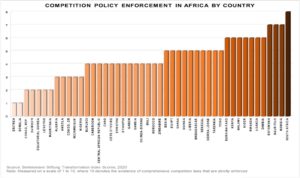 This upward trend in enforcement is highlighted by a number of significant recent developments in competition law regulation around the continent.

On 6 September 2021, the COMESA Competition Commission issued its first penalty for failure to notify a transaction within the prescribed time periods, which amounted to 0,05% of the parties’ combined turnover in the common market in the 2020 financial year. This was imposed in relation to the proposed acquisition by Helios Towers Limited of the shares of Madagascar Towers SA and Malawi Towers Limited.

The authority’s decision to impose a penalty in this matter is a clear shift towards stricter enforcement of merger regulations. This has been observed for some time, with the authority increasingly approaching parties on the basis of publicly available information and requesting further information about transactions to enable it to assess whether the transactions are notifiable. Until the Helios Towers decision, the authority generally adopted a softer stance in relation to the timing of merger notifications. The decision to penalize the parties is intended to deter future violations of the competition regulations and signal to market participants that the authority will enforce the regulations more vigorously.

In Mozambique, almost seven years after the promulgation of competition legislation, the Competition Regulatory Authority became operational in January 2021. Shortly after that, the authority amended its merger filing fees on 16 August 2021. Prior to the amendment, there had been significant concern around the exorbitant filing fees of 5% of merging parties’ turnover. Following the amendment, the applicable filing fee was changed to 0.11% of the turnover in the year before filing, with a maximum limit of MZN 2.25 million. This move highlighted the authority’s willingness to be receptive to changing market and economic conditions and valid concerns surrounding competition policy.

Further, the rapid rise in the digital economy has resulted in some competition authorities acknowledging that the regulation of digital markets necessitates a more nuanced approach. In May 2021, the South African Competition Commission launched a market inquiry into online intermediation platforms, which focuses on digital platforms that intermediate transactions between businesses and consumers. The scope of the inquiry includes eCommerce marketplaces, online classifieds, travel and accommodation aggregators, food delivery and App stores.

The Malawi Competition and Fair Trade Commission submitted itself to a Voluntary Peer Review, through a tool used by the United Nations Conference on Trade and Development, which evaluates the competition law and policy of a country, as well as its institutional arrangements and effectiveness in competition law enforcement. The Review began in October 2020 and was finalised in July 2021. Following the conclusion of the Review, the UNCTAD issued a report to the Malawian authority, where it made recommendations in respect of (amongst other things): (i) the substantial amendment or repeal of the Competition and Fair Trading Act; (ii) the Commission’s budget; and (iii) the Commission’s approach to dispute resolution and adjudication. The review process sought to identify areas of improvement in Malawi’s legal and institutional framework in order to enhance the quality and competency of competition law and policy in Malawi. Amendments to the competition law regime in Malawi are anticipated in the coming years.

In a move toward enhancing the efficiency and effectiveness of its enforcement activities, the Competition Authority of Kenya operationalised an Informant Reward Scheme on 1 January 2021. The scheme provides a mechanism and framework for informants to receive financial incentives in exchange for actionable information in the course of the Competition Authority’s investigations. The Scheme is targeted at persons with credible intelligence regarding restrictive trade practices, mainly cartel-like conduct. An informant who provides intelligence leading to the closure of an investigation through penalization, is entitled to up to 1% of the administrative penalty imposed by the Authority, which payment has been capped at KSH 1 million. Globally, similar schemes have been instrumental in uncovering and prosecuting cartel behaviour and bolstering competition law enforcement, generally. The implementation of a scheme in Kenya reflects the competition authority’s increasing appetite to enforce the regime and root out restrictive practices.