..
HomeCountry FocusMozambique: the Competition Regulatory Authority is now operational - what does this...
Country Focus

Mozambique: the Competition Regulatory Authority is now operational – what does this mean for companies? 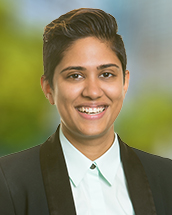 Almost seven years after the promulgation of the competition legislation in Mozambique, the Competition Regulatory Authority (CRA) in Mozambique became operational in January 2021, in a move that has further highlighted the growing focus on competition law and merger control in countries across the region.

The CRA is a statutory body, empowered to enforce competition law in the country. This is according to Sphesihle Nxumalo, Associate in the Competition and Antitrust Practice at Baker McKenzie in Johannesburg, who notes that with the CRA now in place in Mozambique, further developments with regard to competition law compliance, merger control and prohibited practices are expected to be announced in the coming months.

“Businesses seeking to transact in the region should therefore closely and regularly monitor developments in the country, as the consequences of competition law contravention include severe financial penalties for firms, potential damages claims and reputational damage, for example,” he says.

“Transactions that meet any of these thresholds require the CRA’s prior approval before they can be implemented. Importantly, notifiable transactions must be notified to the CRA within seven business days from the conclusion of the transaction agreement or acquisition project. It is worth noting that there are currently some uncertainties in relation to the proper notification procedure in Mozambique. In particular, the competition law provides that a prescribed form approved by the CRA must be duly completed and delivered, with the information requested therein, when a merger transaction is notified. The prescribed merger form has not been promulgated, as the CRA has been operational for only a few months. That said, clarification on this aspect is expected to be announced by the CRA soon. At the moment, the CRA’s informal position is that the non-existence of the prescribed form does not suspend the obligation to notify a merger transaction that meets the thresholds,” Nxumalo explains.

Lerisha Naidu, Partner in the Competition and Antitrust Practice at Baker McKenzie in Johannesburg, explains that under Mozambique’s competition law framework, the CRA has 60 days to issue a decision in relation to a merger that has been notified. Failure to issue a decision within the 60-day period is deemed to constitute tacit approval of the transaction by the CRA.

“The risk of non-notification and pre-implementation (inadvertently or to avoid timing delays) without the express or tacit approval of the merger transaction by the CRA carries a financial penalty of 6% in aggregate of the merging parties’ turnover in Mozambique, plus additional sanctions such as exclusion from participating in public tenders for a period of five years, unscrambling the transaction, and divestiture of the acquired business or assets/interests,” she notes.

“It is expected that the CRA will robustly enforce merger control going forward, relying on the decisional practices of other developed antitrust jurisdictions in Africa, such as South Africa,” Naidu notes.

“Another notable consideration arising out of the CRA becoming operational is that the commercial behaviour of companies is likely to fall under the scrutiny of the antitrust agency in Mozambique. The CRA is empowered to investigate agreements or practices between companies that have the object or effect of restricting competition in Mozambique. Such agreements or practices include horizontal practices in the form of price fixing and market allocation between competitors, as well as vertical practices between companies operating at different levels of the chain. They also include abuse of dominance practices such as refusal to grant access to essential infrastructure, and predatory pricing, for example. All of these practices are prohibited to the extent that they have the object or effect of restricting competition. Such practices attract significant financial penalties of up to 5% of the infringing parties’ turnover in Mozambique in the preceding year,” Naidu explains.

“The inaction in relation to competition law oversight and enforcement is expected to change now that the CRA is operational. Businesses transacting in Mozambique should therefore ensure they are fully compliant with Mozambiquan competition law ahead of a predicted uptick in enforcement in the country, as the CRA gains traction in the execution of its legislative mandate,” concludes Naidu.

AfCFTA is Now Operational: What to Expect in the First Few Months

African tech-start funding will double by 2025