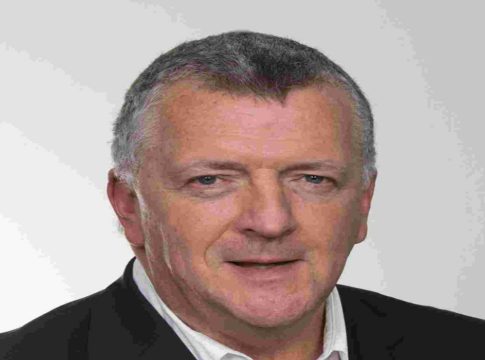 Eight winning projects of the South African government’s risk mitigation power procurement programme were announced by South African Energy Minister Gwede Mantashe on 18 March 2021. The programme was launched last year to address continuing substantial power supply challenges in South Africa. The fifth round of the renewable energy independent power producer programme (REIPPP) was referenced by Minister Mantashe on the same day. The Minister said that the Request for Proposals (RFP) for the procurement of 2 600MW under the fifth round will close in August 2021, in the same month that a sixth round of the REIPPP is expected to be announced.

Kieran Whyte, Partner and Head of the Energy, Mining and Infrastructure Practice at Baker McKenzie in Johannesburg said, “There has been broad acknowledgment that South Africa has to move forward towards the energy transition and the increased utilisation of renewable energy, and that the country has been in dire need of a reliable and secure energy supply in order to get out of its negative growth spiral. The challenges at Eskom have led many to conclude that the country couldn’t achieve stable economic growth without a reliable electricity supply. The announcement last week of eight successful bids and the opening of bids for the fifth round of the REIPPP is a long- awaited step in the right direction.”

The winning bids will deliver 2000 MW of power to the grid by August 2022 and must reach financial close by a non-negotiable date of 31 July 2021.

Whyte noted that the power will be produced from a range of renewable energy sources, including solar PV, liquefied natural gas (using power ships), wind and battery storage solutions, which will partly assist in addressing South Africa’s power supply challenges, aid in diversifying its power supply and help to address climate change.

“The current power supply challenges are significant and will impede much needed economic growth for the country. Multiple actions, including inter alia possible industry restructuring, the implementation of the restructuring of Eskom, the facilitation of self-generation opportunities and the amendment of policy and regulation to keep abreast of technological advancements, need to be urgently assessed to address our power supply challenges. Consumers need to have the ability to consider a broader range of supply options in order to ensure stability of supply, address ESG considerations and ensure greater certainty and visibility around tariff trajectories,” he said.

Minister Mantashe further stated that the cap for self generation power project licences would be lifted for projects generating up to 10MW of power. Power plants that produce above 10 MW will still require a licence.

Whyte noted that the increase in the cap to 10 MW is welcomed but falls well short of industry requirements.

President Ramaphosa announced in October 2020 that, as part of his Economic Recovery Plan for the country, 11 800 MW of energy would be added to the grid by 2022, with more than half coming from renewable energy. The President said that the implementation of the country’s Integrated Resource Plan would be accelerated with increases in the generation of energy via renewable energy, battery storage and gas technology. He noted that agreements would also be finalised with Independent Power Producers to produce more than 2000MW of energy by June 2021. Further, he said the current regulatory framework would be reworked to facilitate new generation projects as well as to fast track applications for own-use generation projects. The issues were addressed by Minister Mantashe on 18 March, with just the self generation cap of 10MW providing some disappointment for those who wanted the cap to be higher.

The South African National Energy Association recently noted in the South African Energy Risk Report 2020, that clean energy could aid in South Africa’s economic recovery post pandemic. However, the report said for the energy transition to take place, primary and associated infrastructure gaps should be addressed, and policy and legal frameworks must change, to facilitate the necessary investment in the sector.

Minister Mantashe said when announcing the bids that they would lead to private sector investment of ZAR 45 billion, and that local content during the construction period would average 50%. Each of the projects has 50% South African entity participation, with 41% black ownership.

Whyte added, “The lack of access to power has had a significant impact on the private sector in South Africa for some time, and the developments announced by Minister Mantashe, which are aligned with the global energy transition towards a clean and decentralised energy system, are to be welcomed. The work has just begun.”

Over 50 million pounds for clean energy projects across Africa