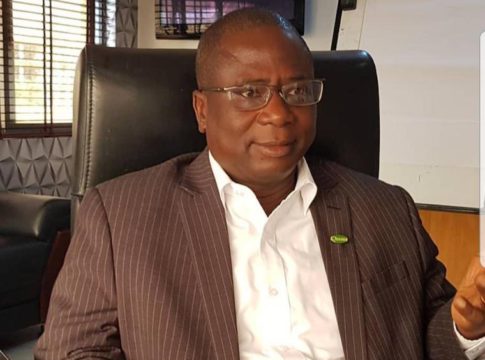 The global virtual conferencing market has grown astronomically since the global lockdown put in place by most countries to contain the Covid-19 pandemic that began to spread rapidly around the world from February 2020. The pandemic necessitated company shutdowns, while those in the service business had to find ways for their employees to work remote locations, mostly from their homes.

Although there have been dozens of players in the business for some years, Chinese company, Zoom Video Communications, appeared to sprint ahead of the pack as runaway market leader.  Zoom’s most recent figures suggest the platform had 300 million daily meeting participants at the end of 2020, versus just 10 million in December 2019. This is in comparison to Google Meet’s 100 million participants for 2020.

Zoom, Google Meet, Microsoft and the other existing players, numbering over 140, have been splitting the market among themselves, with no competition from Africa, in a market estimated to be worth over $75 billion (N30 trillion) in the next nine years.

But these are about to change with the entry of Nigeria’s Konn3ct placing the country and Africa in prime position to play recognizable roles in the fourth industrial revolution as creators of technology rather than consumers.

Konn3ct, Leadership investigations reveal, is entering the market with more than 40 differentiating features that put the App in good stead to compete strongly with the leaders of this rapidly growing industry. For instance, it was learned the App effectively mirrored real-life conference experiences in its construction process, enabling participants in a large conference to go into breakout sessions. To make this experience all encompassing, Konn3ct allows as many as eight breakout rooms within the same conference after which the participants are timed out for return into the main meeting.

Apart from the breakout session feature, this new App allows organisers of any meeting to record the proceedings for proper documentation and ease of future reference, doing the job of video cameras and rapporteurs at the same time. Another interesting feature is the one that enables the person hosting a session to play You Tube and other videos and still be able continue the presentation even while the video was still playing.

With a default high-definition audio and a video that allows for four quality bands, ranging from low to high definition, Konn3ct also has a virtual lobby where participants can see the meeting floor while waiting to input their access codes.

Leadership sought and spoke with Chief Executive Officer of the company, Femi Williams, who was upbeat about the capability of the indigenous application to hold its own against any other player in the industry.

Williams, who anchored his optimism on what he called superior meeting experience, said although there might be expected entry challenges, especially being a solution wholly developed in Africa by Africans, he was confident that the global community would opt for value against port of origin.

“We are lucky that technology solutions, such as Konn3ct, are not sold with nationality stamps, same way you have your German machines and Japanese technology driving automobile sales. If this was so, a Chinese solution like Zoom would not be the leading meetings solution in both the United States and Europe. Technology thrives more on quality of user experience and problem-solving capabilities than nationality branding. This makes us believe that Konn3ct will compete quite well in the global market space, just to sound modest,” he stated in an exclusive interview with Leadership.

He said apart from the top-quality experience in Konn3ct, the solution also has strong security architecture that lends itself for classified meetings below the radar of open internet.

“The Transport Layer Security built into the App provides privacy and data integrity between two or more communicating computer applications. We also have the Secure Socket Layer Encryption (SSL Encryption), which is a protocol to protect data during transfer and transmission by creating a channel, uniquely encrypted, so that the user and the server have a private communication link channel over the public Internet,” he explained, adding that Konn3ct, is capable of providing one of the largest meeting rooms in the market, with as many as 250 people in one room while an unlimited number can participate via livestreaming.