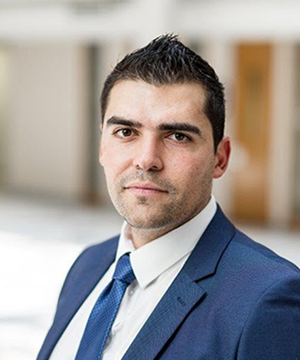 One hundred and thirty six of the 140 members of the OECD G20 Inclusive Framework, including South Africa, have agreed on a new set of global tax rules that will reform the world’s tax system. Notably, two African countries that are members of the Inclusive Framework have not yet joined the agreement – Kenya and Nigeria. The two-pillar system will be presented to the G20 Leaders’ Summit at the end of October 2021. It will result in a reallocation of taxing rights from resident to source countries of certain multinational enterprises (MNEs), if thresholds are met, in addition to a 15% global minimum tax rate for certain organizations, implemented from 2023. The agreement aims to redress global tax revenue imbalances and is set to benefit developing economies in Africa.

According to African policymakers, a multilateral approach to tax collection has numerous benefits for the continent. Smaller economies like those in Africa are more reliant on business income tax than larger economies. The African Tax Administration Forum (ATAF) previously noted that 16% of total tax revenue in African countries is from corporate tax, compared to 9% in OECD countries. African countries have increased their revenue collection methods and have implemented punitive measures to clamp down on tax avoidance measures because the revenue collected is of the utmost importance to the stability of their economies. But current tax rules have meant that African countries could not collect tax revenue from multinationals, even if they were operating profitably in their countries.

The OECD’s Pillar One changes enable market jurisdictions to charge income tax on a portion of the profits of large multinational companies operating within their borders. It will reallocate taxing rights from their resident countries to markets where they conduct business and generate profits, regardless of their physical presence in that country. Pillar One will apply to MNEs with sales over EUR 20 billion and that generate a net profit above 10% (profit before tax/turnover). Amount A has been confirmed at 25% of an MNE’s residual profit (i.e. profit in excess of 10% of revenue) and will be allocated to market jurisdictions with sufficient nexus using a revenue-based allocation key – being a revenue of at least EUR 1 million from that jurisdiction (or at least EUR 250,000 for jurisdictions with a GDP of less than EUR 40 billion). No agreement has yet been reached on the implementation and design of Amount B, which intends to simplify the arm’s length principle for baseline marketing and distribution activities, but the intention is for this to be completed in 2022.

Pillar Two proposes a new network of rules that will reallocate taxing rights according to a new global minimum tax regime of 15% – aimed at ensuring a minimum effective net tax rate across all jurisdictions. It will apply to all enterprises generating a revenue above EUR 750 million. Model rules for bringing Pillar Two into domestic legislation will be introduced in 2022 and become effective in 2023.

On the African front, ATAF submitted proposals to the OECD on the new agreement and announced in October 2021 that many of its proposals were incorporated into Pillar One, including broadening the agreement to incorporate all sectors, but excluding the extractives sector. ATAF stated that resource-rich African countries price their minerals on their “inherent characteristics” and not on “market intangibles”, and as such, taxing rights should go to the resource-producing country.

ATAF further noted that their request for greater simplification of some of the rules was also incorporated. Specifically, the nexus threshold was reduced to EUR 1 million, down from EUR 5 million, with a lower threshold of EUR 250 000 for smaller jurisdictions with GDPs lower than EUR 40 billion and no “plus factors.” ATAF also secured an elective binding dispute resolution mechanism, as opposed to the existing mandatory dispute resolution process, for eligible developing countries.

ATAF was also pleased that the Subject to Tax Rule (STTR) would be a minimum standard that developing countries can require to be included in bilateral tax treaties with Inclusive Framework members, and that the STTR would cover interest, royalties, and a defined set of other payments. However, there was disappointment that the agreement only allocates 25% of the residual profit to market jurisdictions under Amount A – ATAF had advocated for this to be 35%.

African countries now have until 2023 to implement the new tax rules, navigating difficulties with regard to tax implementation due to capacity challenges and issues with how the rules will impact on countries that are not members of the Inclusive Framework. However, the OECD has stated it will ensure the rules can be effectively and efficiently administered and that they will offer comprehensive capacity building support to countries that need it. Overall, the global tax changes are good news for the continent and are expected to result in increased tax revenue for African countries at a time when capital is direly needed for post-pandemic recovery.