..
HomeBreaking NewsNAMCOR and ReconAfrica Sign JOA; A Partnership that Seeks to Unlock the...
Breaking News 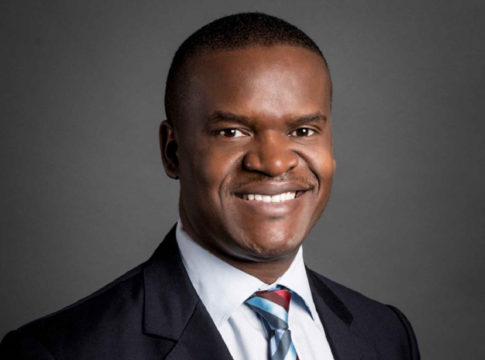 Under the agreement, the two companies will jointly pursue an ongoing petroleum exploration program in the Kavango East and Kavango West regions of Namibia, with ReconAfrica covering the full costs to commerciality. The two companies initially entered into a Petroleum Exploration Agreement with the Government of the Republic of Namibia in 2015, under which they acquired Petroleum Licence No. 73.

The JOA was officially executed on Friday, June 11, 2021, and signed by ReconAfrica CEO Scot Evans and NAMCOR Managing Director .

“We are delighted to have finalized the negotiations and signature of a Joint Operating Agreement (JOA) with ReconAfrica for Petroleum Exploration License No. 73. This Agreement will govern the relationship between NAMCOR and ReconAfrica; and we will collectively advance the search for oil in the Kavango Sedimentary Basin in accordance with the Laws of Namibia. We understand the hydrocarbon potential of the Kavango Basin; hence collaborating with an international company with both technical and financial capabilities such as ReconAfrica will unlock the discovery of commercially viable hydrocarbon reserves and thereby enhance economic development in the country,” said Immanuel Mulunga, Managing Director of NAMCOR.

“We’re pleased to finalize this operating agreement, which solidifies our partnership with NAMCOR. We look forward to working with NAMCOR as we jointly endeavor to unlock the potential of Namibia’s vast national resources, providing jobs, economic growth and long-term responsible resource development – which includes significant contributions to the social and environmental aspirations of the country,” said Scot Evans, Chief Executive Officer of ReconAfrica.

To date, ReconAfrica has drilled two test wells in the Namibian petroleum licence area, both of which have revealed evidence of a working conventional petroleum basin. The Company plans to drill an additional two wells in 2021 to determine if the Kavango Sedimentary Basin will yield a commercially viable petroleum reservoir. Under their Petroleum Agreement with the Namibian government, ReconAfrica and NAMCOR would potentially activate a 25-year Production Licence if the exploratory drilling program proves the Kavango Sedimentary Basin is commercially viable.

The joint venture partners foresee continued national economic opportunities, including local job-creation, substantially adding to the more than 200 jobs for Namibians already generated by the current exploration program. In addition to the economic benefits that will flow from the agreement, which also include taxes and potential future royalties, the two companies have committed to the adoption of a stringent Health, Safety and Environment Plan that will guide operations.

During the last year, ReconAfrica has been working closely with all levels of government in Namibia, including Regional and traditional leadership, as it planned and initiated drilling operations in the Kavango East and Kavango West regions. This engagement is a long-term commitment, supported by a growing management and technical team in Namibia that is focused on project management, stakeholder relations, environmental management, and wildlife conservation initiatives.

Already, ReconAfrica has demonstrated its commitment to the people of the Kavango Region, beginning with its support of COVID-19 public-health measures through the donation of health-care packages and hospital equipment and the drilling of four community water wells, followed by a commitment to drill and donate another 16 community wells in the near term.

Last week, ReconAfrica released an update on its progress toward its Environmental, Social and Governance (ESG) platform and upcoming ESG initiatives. Please read more about the company’s ESG and drilling update.

NAMCOR is the National Petroleum Corporation of Namibia, established under the Petroleum (Exploration and Production) Act of 1991. The company is tasked with the primary mandate to carry out reconnaissance, exploration, and production operations either on its own or in partnership with other organisations in the industry.

NAMCOR operates in both the downstream and upstream sectors of the oil and gas industry in an endeavor to commercialise Namibia’s hydrocarbon resources and profitably deliver petroleum products to the Namibian market, whilst ensuring security of supply.

In the upstream sector, NAMCOR spearheads the exploration, production and development of the hydrocarbon industry and the wider economy while developing enhanced data solutions and services. The company has also embarked upon a quest to locate and acquire commercial prospects and in particular, a targeted pursuit to acquire oil and gas producing assets. The acquisition of high integrity commercially viable oil & gas assets will allow NAMCOR to secure sustainable revenue generation and retention, therefore vastly increasing profitability and shareholder equity.

ReconAfrica is a Canadian oil and gas company engaged in the opening of the newly discovered deep Kavango Sedimentary Basin, in the Kalahari Desert of northeastern Namibia and northwestern Botswana, where the Company holds petroleum licenses comprising approximately 8.5 million contiguous acres. In all aspects of its operations, ReconAfrica is committed to minimal disturbances in line with international best standards and will implement environmental and social best practices in all of its project areas.

Neither the TSXV nor its Regulation Services Provider (as that term is defined in policies of the TSXV) accepts responsibility for the adequacy or accuracy of this release.

Cautionary Note Regarding Forward-Looking Statements: Certain statements contained in this press release constitute forward-looking information under applicable Canadian, United States and other applicable securities laws, rules and regulations, including, without limitation, statements with respect to the development of the resource and hydrocarbon potential of the Kavango Sedimentary Basin and Namibia, the Company’s first two test wells revealing evidence of a working conventional petroleum basin, discovery of commercially viable hydrocarbon reserves in the Kavango Sedimentary Basin, the interpretation and analysis of data, results and samples from the Company’s first two test wells, the Company’s proposed exploration activities and timelines and the anticipated results related thereto, including exploration activities conducted jointly with NAMCOR pursuant to the JOA and the drilling of two additional test wells in 2021 to determine if the Kavango Sedimentary Basin will yield a commercially viable petroleum reserve, the creation of jobs, economic growth (including tax revenue and potential future royalties) and long-term responsible resource development as a result of the JOA and the development of Namibia’s national resources, the granting of a 25-year Production Licence to the Company if the Company’s exploratory drilling program proves the Kavango Sedimentary Basin is commercially viable, the adoption of a stringent Health, Safety and Environment plan by the Company and NAMCOR, the Company’s commitment to drill and donate another 16 community water wells in the near term and the Company’s commitment to minimal disturbance in line with international best standards and implementation of environmental and social best practices. These statements relate to future events or future performance. The use of any of the words “could”, “intend”, “expect”, “believe”, “will”, “projected”, “estimated” and similar expressions and statements relating to matters that are not historical facts are intended to identify forward-looking information and are based on ReconAfrica’s current belief or assumptions as to the outcome and timing of such future events. There can be no assurance that such statements will prove to be accurate, as the Company’s actual results and future events could differ materially from those anticipated in these forward-looking statements as a result of the factors discussed in the “Risk Factors” section in the Company’s amended and restated annual information form dated May 19, 2021 available under the Company’s profile at www.sedar.com. Actual future results may differ materially. Various assumptions or factors are typically applied in drawing conclusions or making the forecasts or projections set out in forward-looking information. Those assumptions and factors are based on information currently available to ReconAfrica. The forward-looking information contained in this release is made as of the date hereof and ReconAfrica undertakes no obligation to update or revise any forward-looking information, whether as a result of new information, future events or otherwise, except as required by applicable securities laws. Because of the risks, uncertainties and assumptions contained herein, investors should not place undue reliance on forward-looking information. The foregoing statements expressly qualify any forward-looking information contained herein.